Now that I’m back in NYC, the hunt is on to find Chicken Green Curry on the same level as what I had in Bangkok! That food was BANGIN’!!!! I was only there for a few hours, around fourteen to be exact. Leaving Hong Kong on a Friday afternoon, I booked my flight via Thailand then onto Finland before arriving at JFK the following Sunday night in late July. It was quite the adventure to say the least, where I hit up the Patpong Night Market in Si Lom Bangkok, stopped by Smiles Jazz Club for a late night jam session, ventured across the street for an even later session of Thai massage, and then ended up at a little restaurant after 2am across the street from my hotel, The Siam Heritage Boutique Suites.

I wish I remembered the name of the restaurant, but should I ever return to Bangkok, which I have every intention of doing, I will certainly remember its proximity about midway between the night market and The Siam Heritage. My sole reason for needing to remember the location of this hole in the wall restaurant has EVERYTHING to do with the green curry chicken I was served that night! 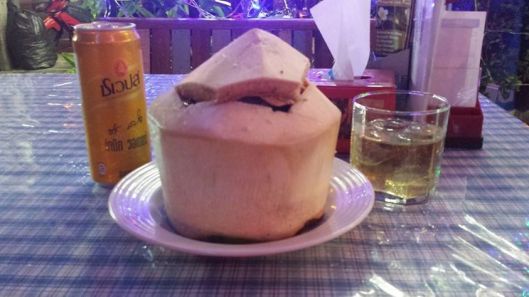 Firstly, it arrived in a large coconut with the aroma wafting from under the cut out top! 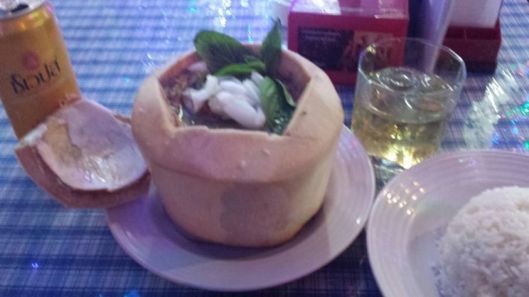 When I ordered, I swear I had NO IDEA what was in store with such fresh and perfectly seasoned ingredients, and even the basmati rice was the best I’ve tasted before and since. 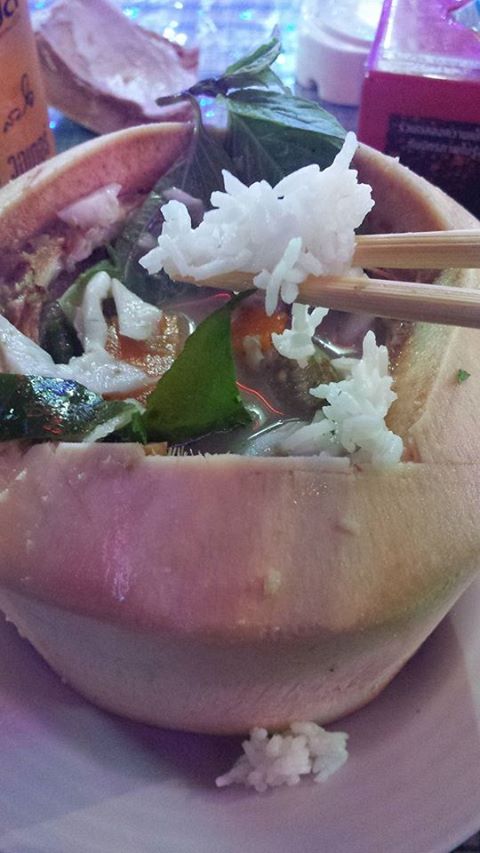 This first bite was like nothing I’d ever had in the way of American Thai food… It was absolutely the best curry I’d tasted in all of my life! No cliche!

What I was NOT prepared for was the level of HOT PEPPER SPICE that was in the curry sauce… After a few bites, my eyes were watering, my nose was running and, while I loved it, I just wan’t sure I’d be able to finish eating the food in front of me. I mean, I wasn’t going to be able to finish anyway because of the portion, but the spiciness was on a thousand! I tried to get them to take it back to kitchen and water it down, but I eventually just sucked it up and savored the flavor, albeit very carefully and with lots of beer! I should have remembered that when I ordered Thai food in Dubai, I would always tell them that I needed my spiciness on level two! 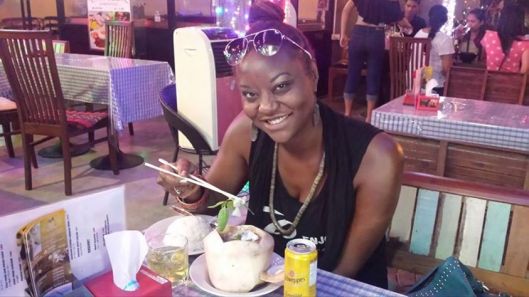 Meanwhile, here it is months later and I’m WISHING I could get something that matched the level of that authentic Thai Chicken Green Curry in a coconut!

Error: Twitter did not respond. Please wait a few minutes and refresh this page.